California is located on the west coast of the United States, is the most populous state with 38 million people. And the third largest by area (410,000 square kilometers). This is also a state with an extremely developed economy. With a GDP equivalent to the 6th largest economy in the world.

Besides, this place is also the location of 4 of the most prestigious universities in the world. So should you study in the US in California or not? And what does this state have to attract international students? Explore with us through the following article! 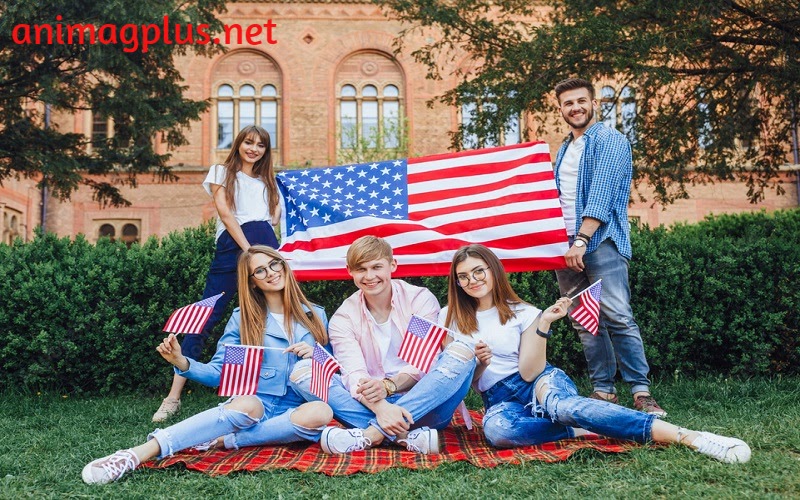 1, About the state of California

Geographical location of the state of California

California is adjacent to the Pacific Ocean, Oregon, Nevada, Arizona and the Mexican state of Baja California. With a favorable geographical position, this state possesses many natural attractions

Like the spacious Central Valley, high mountains, hot deserts, and hundreds of miles of beautiful coastline. California consists of 2 highest and lowest points above sea level:

The highest point is Mt. Whitnet

And the lowest is Death Valley in the US

The state of California has an area of ​​411,000 square kilometers the third largest in the United States and larger than both Germany and as well as Vietnam. California has 478 cities, most of which are located in large metropolitan areas.

Up to 68% of California’s population lives in the two largest metropolitan areas, the Greater Los Angeles area and the San Francisco Bay Area. The state’s major cities are:

Santa Ana/Orange District is home to many Vietnamese people living, studying and settling

History of the State of California

Before the Europeans discovered California. It is one of the most culturally and linguistically diverse regions in Aboriginal North America.aine (Hungary) and East Asia (including China, Korea and Vietnam).

In 1846 the Republic of California was established under the leadership of Mexico and the Bear Flag flew. However, it quickly collapsed and until 1850 California became the 31st state of the United States and remained stable to this day.

Is California’s climate in the US suitable for Vietnamese students?

The climate of this state is influenced by the Mediterranean climate. Depending on the region, it will be a subtropical or tropical climate.

Los Angeles and San Francisco are the coolest of all major US metropolitan areas. The temperature here ranges from 15 to 20 degrees Celsius in winter, there may be snowfall. And summer can go up to 30 degrees Celsius.

There is also a 4-season weather pattern here. It is also the only state that can host both the Summer and Winter Olympics in the US.

Spring: from March to May is warm weather.

Summer (Summer): starts from June and lasts up to 8 sunny – hot climates

Autumn: from August to November is in the cool and fresh autumn

Winter: is from December to February, the climate is dry – cold and there are places with snowfall.

People and culture when studying in the US, California

True to the definition of the United States of America is a multi-ethnic country. In California you can see that 43% of the population is not from an English speaking country. The language here is also very diverse.

If we classify California as a separate country, the GDP of this state alone is the 6th highest in the world. And the population ranks 36th worldwide.

Culture when studying in the US, California

It is one of the largest states in the United States. California also has a thriving economy and developed a multicultural ethnic community. You can meet any ethnic group in the world here.

However, the main culture is still influenced by the founding history of the state. Brings many Spanish California and Mexican influences. Festival programs are also held all year round:

In addition to the unique natural landscape, there are countless places you can visit such as: valleys, tropical forests, rivers and coastal cities, picturesque islands from the Central Valley, and the Sierra Mountains. Nevada, are the national parks of Redwood, Sequoia, Kings Canyon, or Yosemite National Park, Lake Tahoe, Lake Mono- the habitat of sea birds.

2, What are the advantages of attracting international students in the US state of California?

It is one of the largest and wealthiest states in the United States. California is the dream land of millions of international students around the world

Study in the US, California with high quality and focus on the world’s top universities

The state of California has more than 300 Universities and Colleges. Therefore, this is considered as one of the options for international students. It is one of the states with the most schools in the United States.

With 150 public schools and 153 private nonprofit schools. California offers international students more options than any other state in the entire United States.

California deserves to be the state with the largest education system in the US. 4 Universities in the TOP 10 in the world are located here. The top universities are:

And the University of California, Berkeley.

There are also many community colleges here. Helping international students save on study costs and easily find future job opportunities. In addition, this state also has more than 700 of the best high schools in the United States.

California’s leading economy in the US

California’s economy has a huge influence on the US economy. And this is where thousands of famous technology corporations gather. Like: Apple, Intel, Google, eBay, Logitech, Adobe…

The dynamic and developing economic environment here will create many conditions for job opportunities. California was voted in the top 10 most livable states in the United States. And there are 4 cities at the top of the top cities to live.

From the tech industry in Silicon Valley to the creative arts/entertainment in Hollywood, California. Offers a multitude of options for students seeking careers in a variety of fields.

With a large Vietnamese community of more than 2 million people, you can have a relationship at the same time. And many part-time jobs at restaurants with good wages to live here.

Is the cost of studying in the US in California too expensive?

Although the cost of living will be higher than in cities in other remote areas. However, if you know how to organize and save costs, you still have a stable life in California.

As a state with a concentration of Vietnamese people up to 50% compared to the whole US, it has a prosperous economy. So the cost of living and studying here is also more expensive than other regions.

The average apartment if you want to rent here is 500 USD/month for one bedroom in the countryside. And up to 3,500 USD / 1 month if in urban areas.

Renting off campus can be cheaper than on-campus by $450/month for a shared room.

The average cost of room and board at universities is:

Water, sewer, and garbage are usually covered by the landlord. But if you have to pay it will cost 50-75 USD / 3 months.

Food and travel expenses when studying in the US, California

If the international students cook outside and go to the supermarket to buy food. You will have to spend up to 300-500 USD/month depending on your eating habits. You can go to some cheap supermarkets in the US such as Wal-Mart, Target, Costco, Trader Joe’s to buy food.

If international students live in the dormitory of the school. You may have to pay about 170-250 USD / month for meals.

International students will have to spend from 45 to 100 USD / month for travel. (some colleges have student discounts, but not all).