When it comes to Vung Tau, people often think of a coastal city with interesting destinations and many wild and natural places. If you are too familiar with famous places such as Long Hai beach, lighthouse… you can visit the mural alley in Vung Tau which is floating around recently. Remember to prepare a smartphone or camera with a full battery to bring back thousands of virtual life styles.

The mural alley in Vung Tau � an emerging check-in point

In Vung Tau, a mural alley is emerging with many vivid and diverse drawings that make the whole road feel like it is wearing a new coat. It is known that this mural alley in Vung Tau is the work of the Women’s Union of Vung Tau City to celebrate the 30th anniversary of the establishment of Vung Tau city and the Congress of Women’s Deputies of Vung Tau for the term 2021 – 2026. 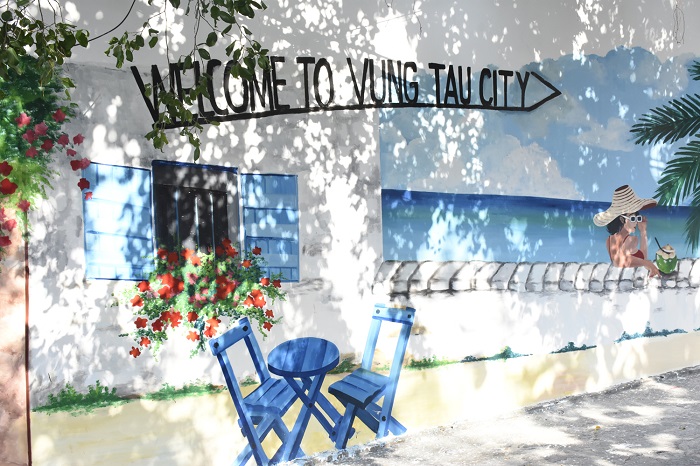 This alley was painted by artists from the end of January 2021 to February 9 to be completed. Now, this place has become an attractive check-in point in Vung Tau for tourists.

The alley with a gentle slope, overlooking the sea. Photo: The Laborer

The mural alley in Vung Tau is more than 100m long, starting with a picture of a green beach, a window with romantic flower branches and the words “Welcome to Vung Tau city” instead of greeting tourists from Ba Ria – Vung Tau. Ship . 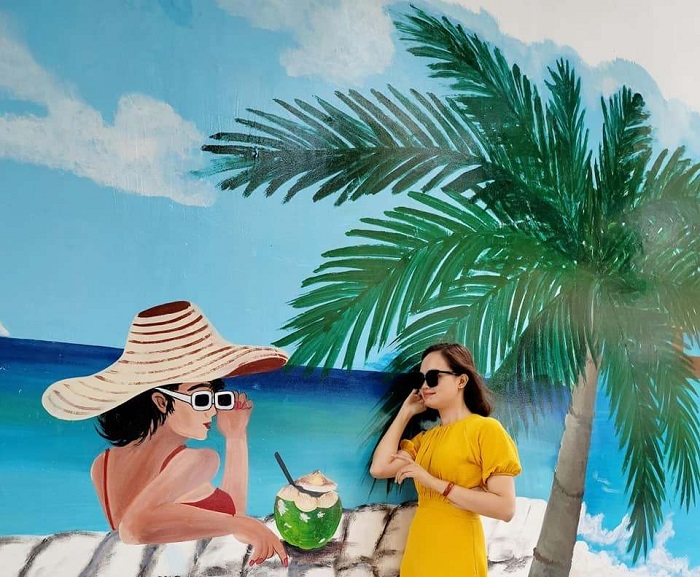 The whole road is 100 m long with many interesting drawings. Photo: Eating out in Vung Tau

Next in the mural alley in Vung Tau are interesting drawings such as a “super giant” butterfly, a bicycle, a girl, angel wings… Each picture is a check point. Printed in Vung Tau is super beautiful, allowing visitors to take pictures forever and never get bored. No need for fancy costumes, or professional poses, just raise the camera, you also have countless beautiful photos to bring home.

This mural alley in Vung Tau has a rather favorable location. The alley is relatively wide, with a moderate slope, overlooking the sea and especially opposite the cable car resort – a famous attraction in Vung Tau. The drawings are all colorful, making the whole road more colorful. Photo: tourcoach

The mural alley in Vung Tau is 100m long, spoiled for you to choose the angle to take photos without worrying about jostling. Because the pictures have many colors and shapes, you can choose to wear pretty white dresses or pastel-colored clothes… to match the context. 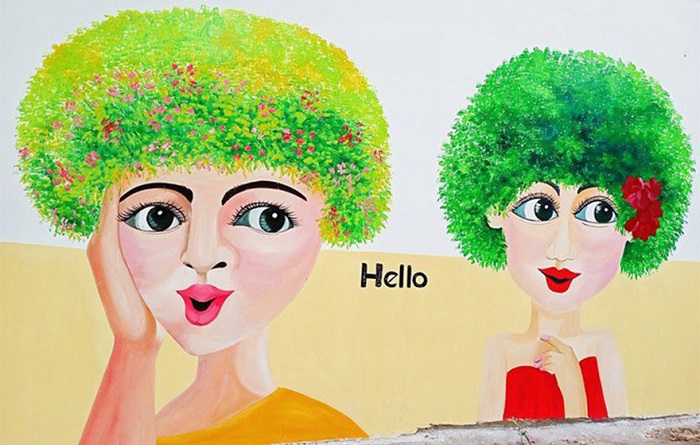 The drawings are prepared under the talented hands of the artist. Photo: tourcoach

After this alley, the Women’s Union of Vung Tau City will continue to implement the second mural road on Nguyen Thai Hoc street – the section from Le Hong Phong street to Pasteur street. Promisingly, in the near future, this place will also become a super beautiful new check-in point in Vung Tau for virtual believers. 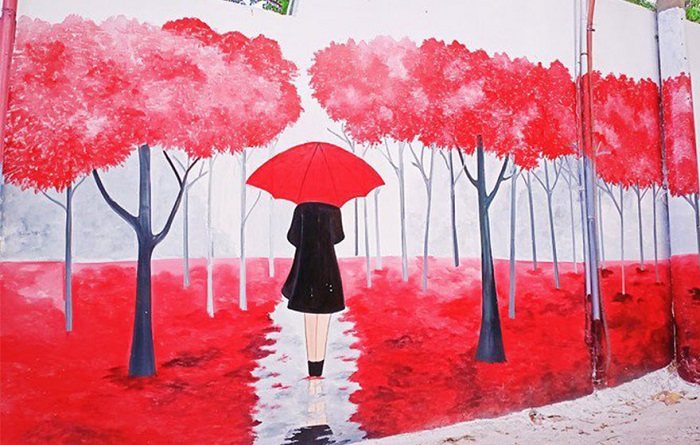 No need to pose sophisticatedly, you also get thousands of beautiful photos at the mural alley. Photo: mytour 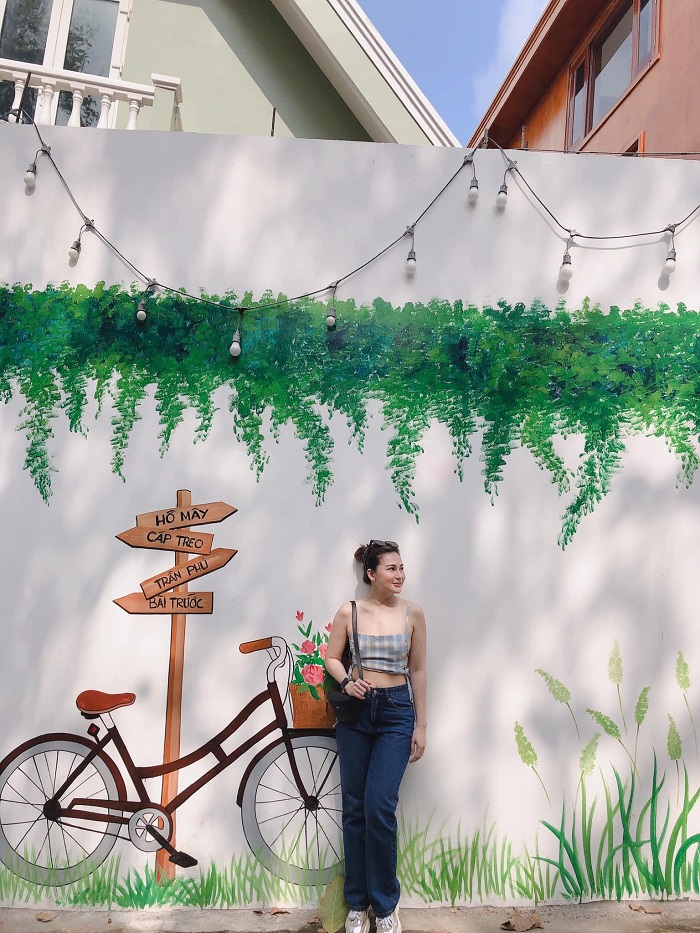 What are you waiting for, don’t stop by this place to take pictures. Photo: mytour

How to get to the mural alley in Vung Tau

This famous mural alley in Vung Tau is located at 6 Tran Phu Street, Ward 1, City. Vung Tau , Ba Ria – Vung Tau Province. This is a coastal road, attracting a lot of tourists from Ba Ria – Vung Tau . The way to get here is not difficult, so visitors do not have to worry about getting lost. 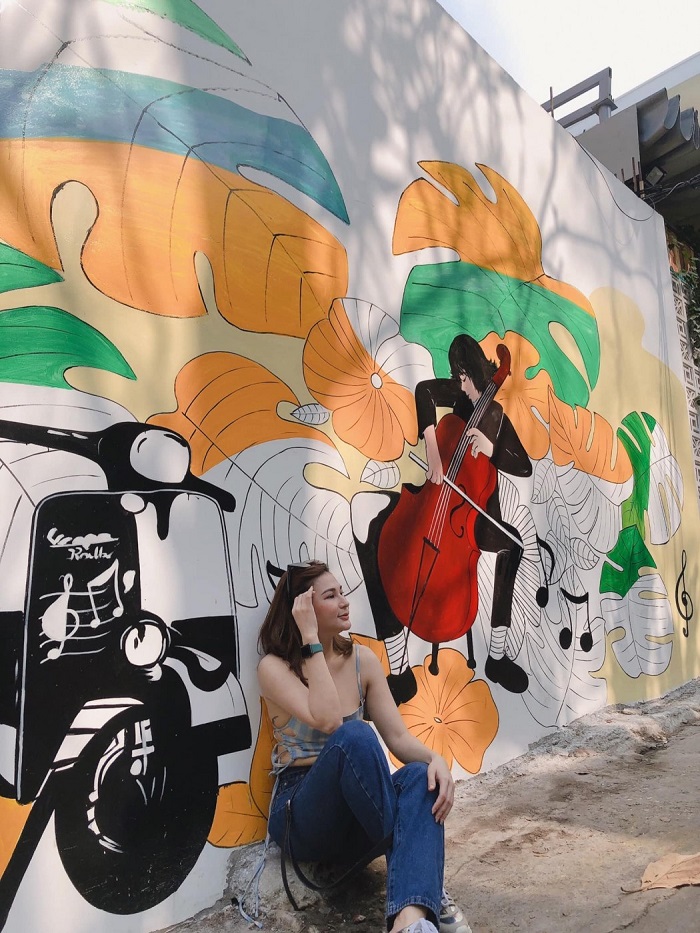 Getting to the mural alley is not difficult. Photo: Ivivu

If you take Vung Tau beach as a landmark, you just need to go straight along Quang Trung street, to Tran Phu, you will see alley 6.

Other check-in points besides the mural alley in Vung Tau

According to Vung Tau travel experience , in this city there are many beautiful check-in points to serve tourists. Some other suggestions for tourists in addition to the mural alley in Vung Tau : In Vung Tau, there are many other check-in points. Photo: tourcoach

– Vung Tau Lighthouse: Built by the French in the 60s of the 19th century and restored in the early 20th century. The lighthouse is located on the top of Nho mountain, in Ward 2, City. Vung Tau. Opening hours from 7am to 10pm all days.

– Nghinh Phong Cape: With the terrain in front of the sea, behind the mountains, Nghinh Phong Cape allows visitors to feel the poetic beauty of nature. The cape is located at No. 1, Ha Long Street, Vung Tau.

Marina Marina is located in Dong Xuyen Industrial Park, in Rach Dua Ward, Vung Tau. This is the super famous check-in point in Vung Tau that everyone has heard of.

– Long Hai beach is far from the city center. Vung Tau about 12 km has a cool, clean climate and fresh seafood for you to enjoy.